The Executive Yuan approved the Hualien-Taitung Line Electrification Project on March 13, 2008 for the purpose of upgrading railway services in eastern Taiwan and thus further promoting the tourism industry there. Not only completing a modern railway network round the island, it is also meant to accommodate fast-growing demand for rapid transport in this part of the island. Spanning about 166.1 kilometers from Hualien Station to Zhiben Station in Taitung, the project will electrify the entire route, lay double tracks in the bottleneck sections, and build four double-track tunnels and three bridges. Duration to the project is from 2008 to 2018. The total cost of this project is NT$25.43 billion. This Project was opened for operation on June 28, 2014.

The viaduct station of Shoufeng and the section from Shoufeng to Nanping for the project was opened for operation on Aug 26 and Oct 20, 2015 separately. The new Ziqiang Tunnel has been drilled through on Oct. 20, 2015. 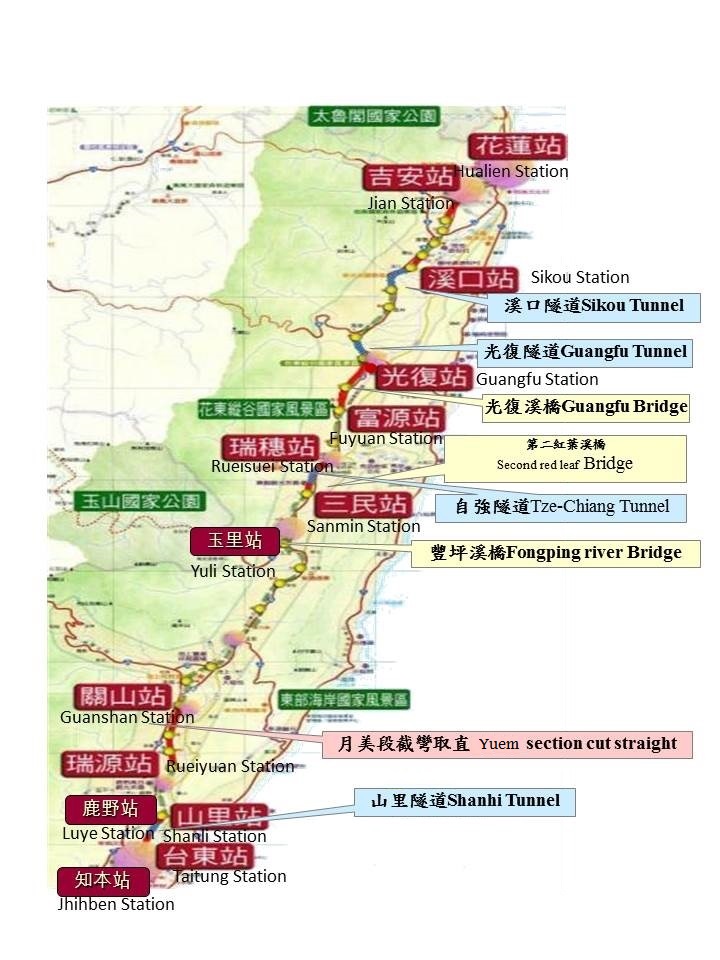