The Executive Yuan approved the Taichung Metropolitan Area Elevation Railway Project on February 13, 2006 to accommodate the TRA structural transformation. The project is also meant to facilitate urban renewal in areas near the original Taichung and Fengyuan stations, consolidate the regional metropolitan transport networks, and remove the impediment to regional development posed by rail tracks. Spanning a total of 21.7 kilometers, the Taichung Project begins north of Fengyuan Station, runs past Taichung Station, and extends to south of Daqing Station. A highlight is that the original Taichung Station will be preserved as a historical site. With the entire length elevated, a total of 17 level crossings were eliminated. On top of the viaducts of five stations—Fengyuan, Tanzi, Taiyuan, Taichung and Daqing, another five  were designed for commuters: Lilin, Toujiacuo, Songzhu, Jingwu and Wuquan. Duration to the project is from Februany, 2006 to june , 2020, and the total cost is NT$31.05 billion. After completion, the project is expected to help facilitate metropolitan transportation by easing traffic congestion and balance urban development by removing barriers (rail tracks) along the route. An improved cityscape that thus results certainly goes a long way toward raising the quality of living and environment; and the more efficient use of land will surely help foster economic growth. 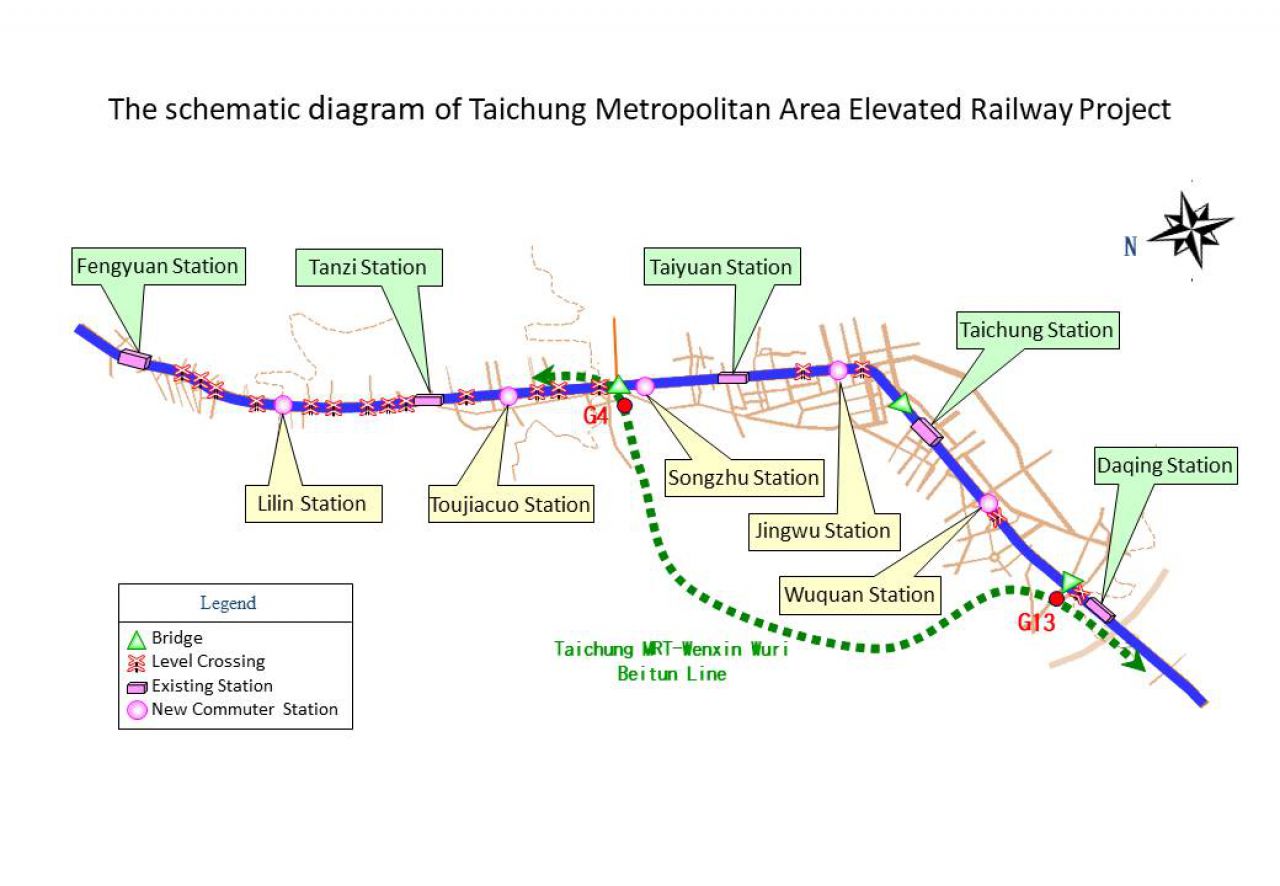