Summary:
The Kaohsiung Urban Railway Underground Project, running from the new Zuoying Station to Dazhi Overpass at Fengshan zone, covers a length of approximately 15.37 kilometers. Alongside a twin-track tunnel, there are seven commuter stations—Neiwei, Museum of Fine Arts, Gushan, Sankuaicuo, Minzu, Science and Technology Museum and Zhengyi —as well as move underground Zuoying, Kaohsiung and Fengshan Station. The total cost of this project is NT$99.87 billion and  was open for operation on October 14, 2018. 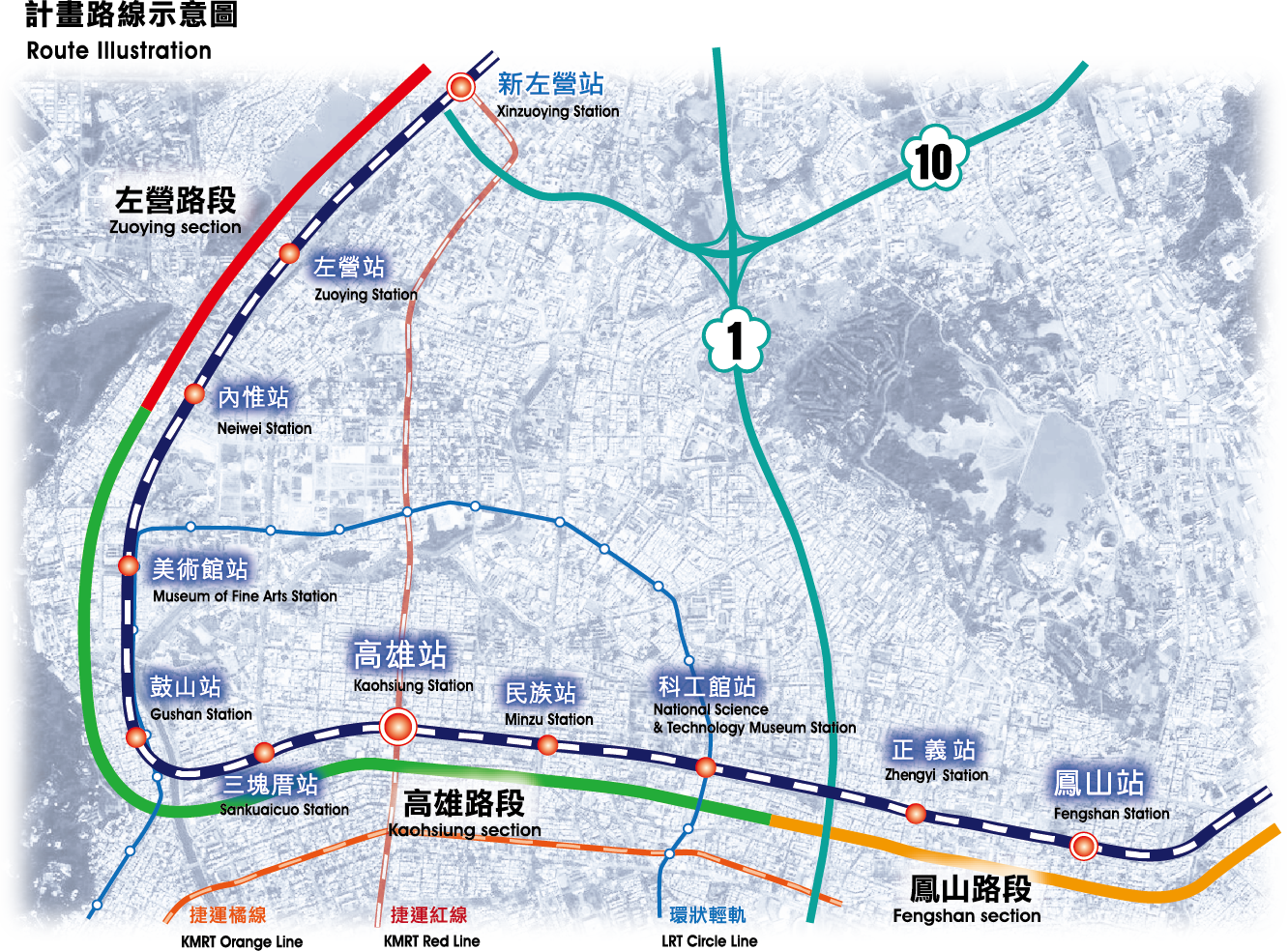